This draft release, developed using Rhp 8.2, has a number of accumulated updates/fixes. The most notable are that the ElapsedTime actor is now automatically wired in when you first create a simulation block hierarchy (Simple or Full Sim) and that the creation menus for events, operations, and attribute/checks are now more widely available on different diagram type canvasses. Note that the latter also fixes some missing menus found due to the introduction of ValueProperty new term in 8.2. As such, nothing urgent but I'd recommend anybody currently using v2.1.e to move up to this version when they can to get a more "as designed" experience. 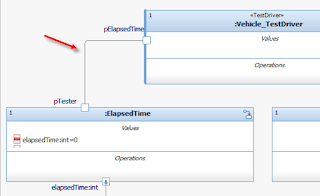 #184 29-MAY-2017: Create a connector between pElapsedTime port when creating block hierarchy (F.J.Chadburn) 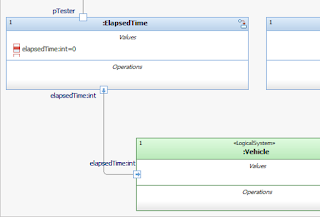 #185 29-MAY-2017: Change Block hierarchy creation to use implicit not explicit names for parts (F.J.Chadburn)

#186 29-MAY-2017: Add context string to getBlockUnderDev to make it clearer for user when selecting (F.J.Chadburn) 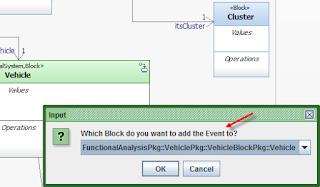